War Against the Weak

Eugenics and America's Campaign to Create a Master Race

War Against the Weak is the gripping chronicle documenting how American corporate philanthropies launched a national campaign of ethnic cleansing in the United States, helped found and fund the Nazi eugenics of Hitler and Mengele—and then created the modern movement of "human genetics." Some 60,000 Americans were sterilized under laws in 27 states. This expanded edition includes two new essays on eugenicide plans in Connecticut and North Carolina. 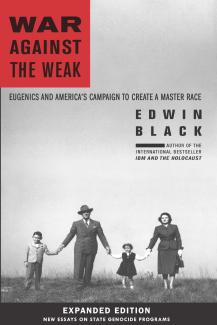